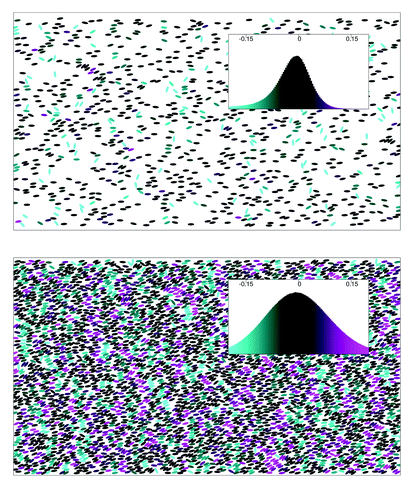 Suspensions of neutrally buoyant elliptic particles are modeled in 2D using fully resolved simulations that provide two-way interaction between the particle and the fluid medium. Forces due to particle collisions are represented by a diffuse interface approach that allows the investigation of dense suspensions (up to 47% packing fraction). We focus on the role inertial forces play at low and high particle Reynolds numbers termed low Reynolds number and inertial regimes, respectively. The suspensions are characterized by the orientation distribution function (ODF) that reflects shear induced rotation of the particles at low Reynolds numbers, and nearly stationary (swaying) particles at high Reynolds numbers. In both cases, orientational ordering differs qualitatively from the behavior observed in the Stokesian-regime. The ODF becomes flatter with increasing packing fraction, as opposed to the sharpening previous work predicted in the Stokesian regime. The ODF at low particle concentrations differs significantly for the low Reynolds number and inertial regimes, whereas with increasing packing fraction convergence is observed. For dense suspensions, the particle–particle interactions dominate the particle motion.
Soft Matter 16, 8925-8932, (2020)
View at Publisher 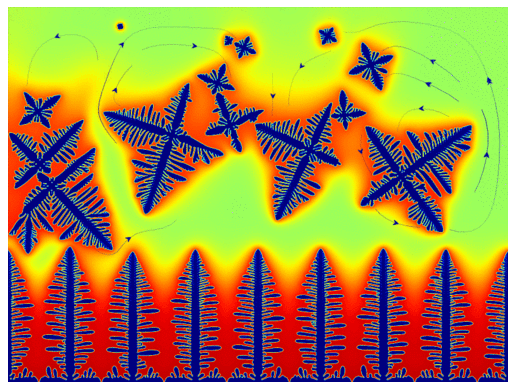 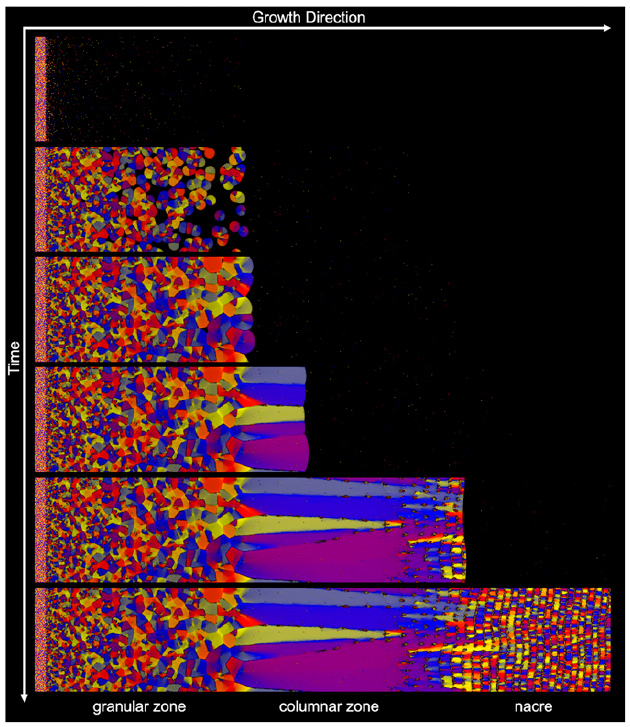 Phase-field modeling of crystal nucleation in undercooled liquids - A review 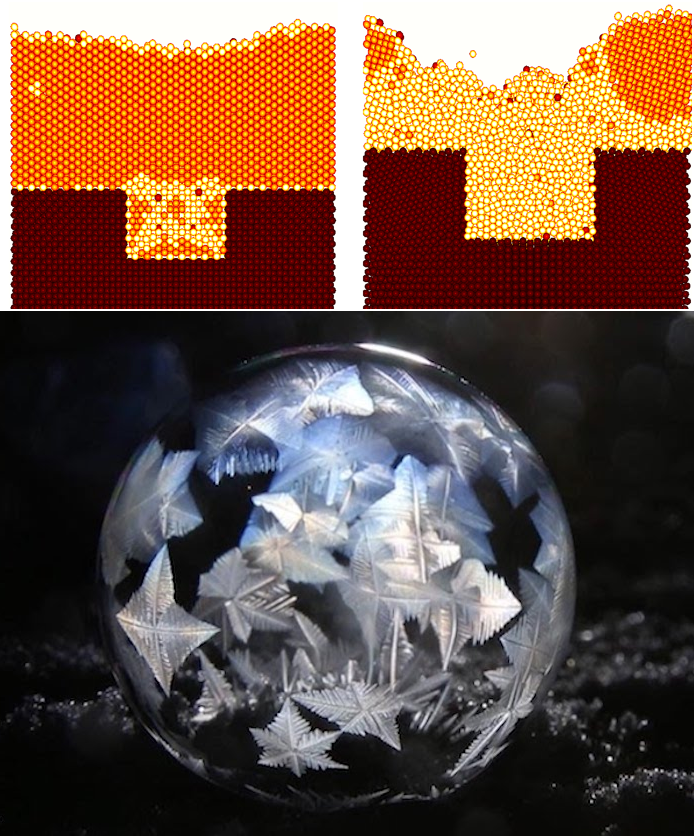 We review how phase-field models contributed to the understanding of various aspects of crystal nucleation including homogeneous and heterogeneous processes, and their role in microstructure evolution. We recall results obtained both by the conventional phase-field approaches that rely on spatially averaged (coarse grained) order parameters in capturing freezing, and by the recently developed phase-field crystal models that work on the molecular scale, while employing time averaged particle densities, and are regarded as simple dynamical density functional theories of classical particles. Besides simpler cases of homogeneous and heterogeneous nucleation, phenomena addressed by these techniques include precursor assisted nucleation, nucleation in eutectic and phase separating systems, phase selection via competing nucleation processes, growth front nucleation (a process, in which grains of new orientations form at the solidification front) yielding crystal sheaves and spherulites, and transition between the growth controlled cellular and the nucleation dominated equiaxial solidification morphologies.
Progress in Materials Science (2019)
Download preprint

Biomineralization as a Paradigm of Directional Solidification: A Physical Model for Molluscan Shell Ultrastructural Morphogenesis 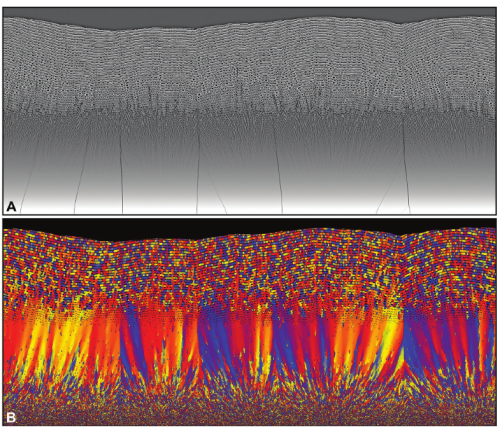 Molluscan shells are a model system to understand the fundamental principles of mineral formation by living organisms. The diversity of unconventional mineral morphologies and 3D mineral-organic architectures that comprise these tissues, in combination with their exceptional mechanical efficiency, offers a unique platform to study the formation-structure-function relationship in a biomineralized system. However, so far, morphogenesis of these ultrastructures is poorly understood. Here, a comprehensive physical model, based on the concept of directional solidification, is developed to describe molluscan shell biomineralization. The capacity of the model to define the forces and thermodynamic constraints that guide the morphogenesis of the entire shell construct-the prismatic and nacreous ultrastructures and their transitions-and govern the evolution of the constituent mineralized assemblies on the ultrastructural and nanostructural levels is demonstrated using the shell of the bivalve Unio pictorum. Thereby, explicit tools for novel bioinspired and biomimetic bottom-up materials design are provided.

Self-similarity and coarsening rate of a convecting bicontinuous phase separating mixture: Effect of the viscosity contrast 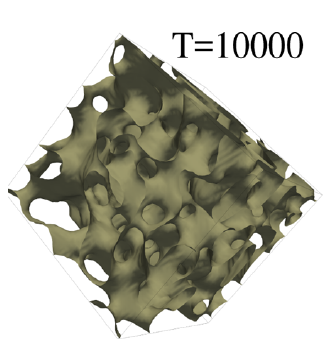 We present a computational study of the hydrodynamic coarsening in three dimensions of a critical mixture using the Cahn-Hilliard/Navier-Stokes model. The topology of the resulting intricate bicontinuous microstructure is analyzed through the principal curvatures to prove self-similar morphological evolution. We find that the self-similarity exists for both systems: isoviscous and with variable viscosity. However, the two systems have a distinct topological character. Moreover, an effective viscosity that accurately predicts the coarsening rate is proposed.
Phys. Rev. Fluids 3, 074306, (2018)
Download preprint 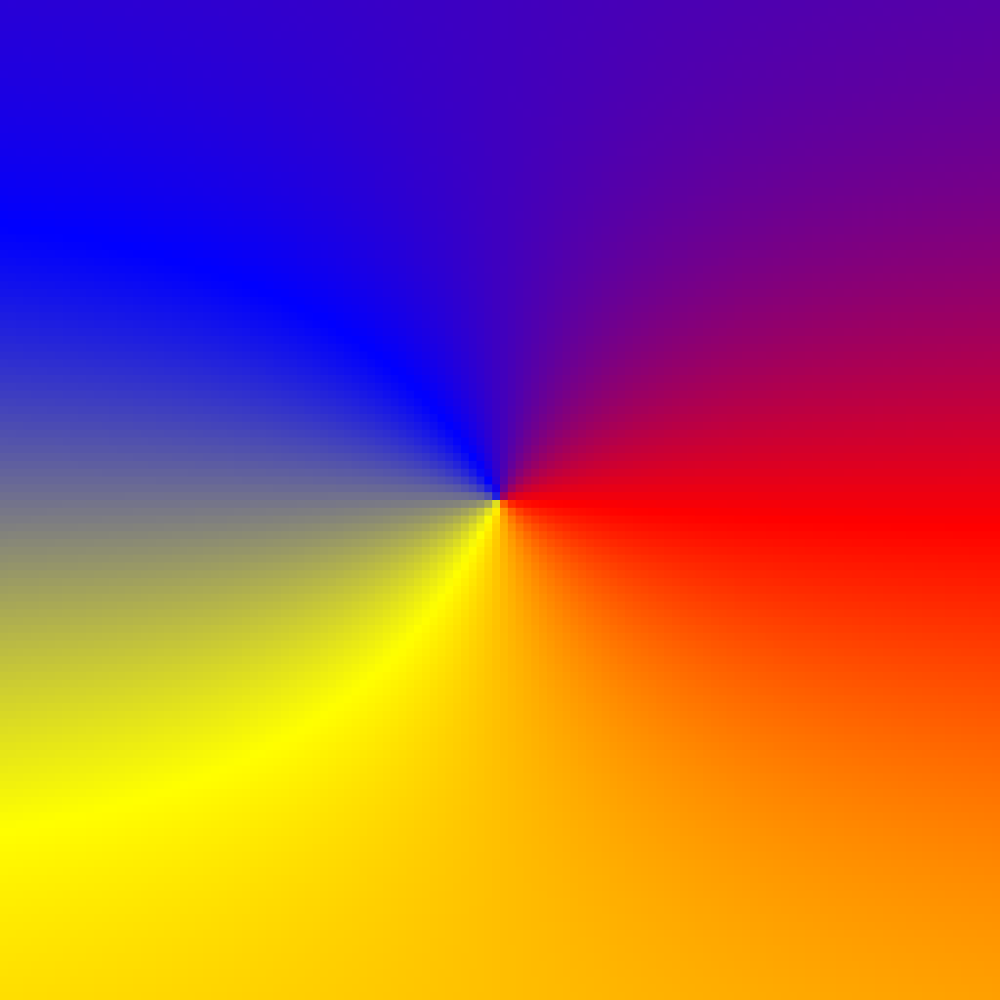 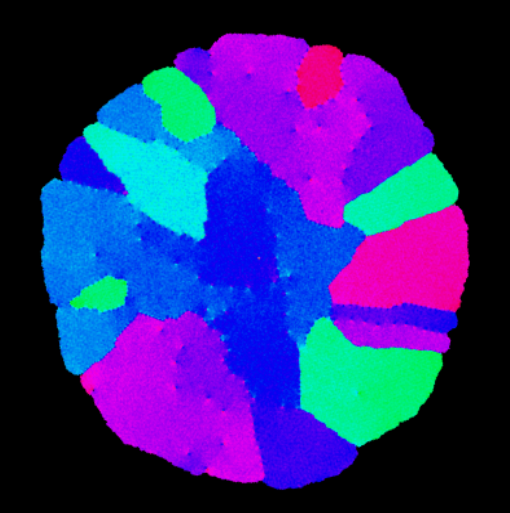 Structural aspects of crystal nucleation in undercooled liquids are explored using a nonlinear hydrodynamic theory of crystallization proposed recently [G. I. Tóth et al., J. Phys.: Condens. Matter 26, 055001 (2014)], which is based on combining fluctuating hydrodynamics with the phase- field crystal theory. We show that in this hydrodynamic approach not only homogeneous and heterogeneous nucleation processes are accessible, but also growth front nucleation, which leads to the formation of new (differently oriented) grains at the solid-liquid front in highly undercooled systems. Formation of dislocations at the solid-liquid interface and interference of density waves ahead of the crystallization front are responsible for the appearance of the new orientations at the growth front that lead to spherulite-like nanostructures.